Iga is famous for Iga-ryu Ninja.
Iga is current Iga city and Nabari city.
It is near big cities such as Osaka and Nagoya.
It is also near old cities such as Kyoto and Nara.

Iga is a basinal surrounded by mountains which is idyllic countryside town.
In urban areas have remains of old houses along the street.
In Nabari city, there is Akame 48
waterfalls it is said that there
was a Ninja training field. 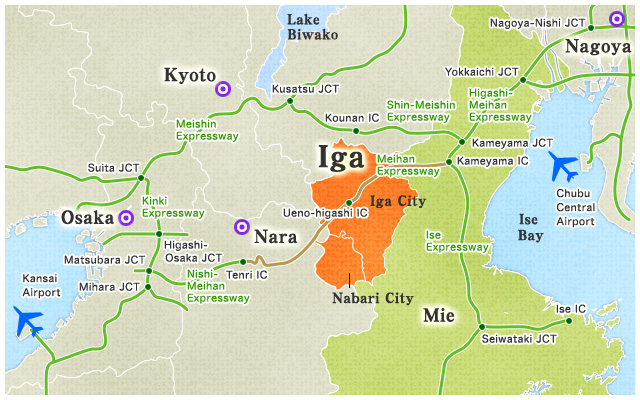 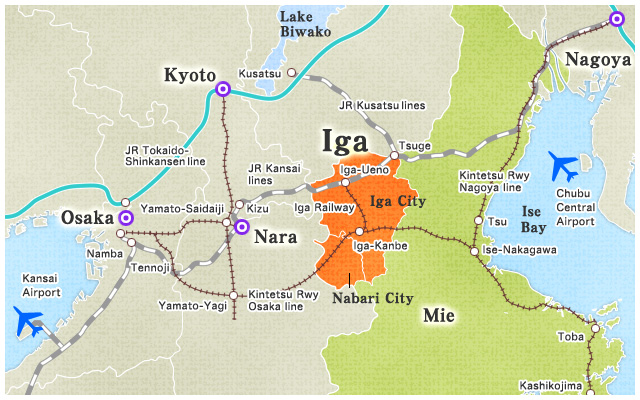 (Click on the image to open the PDF file)