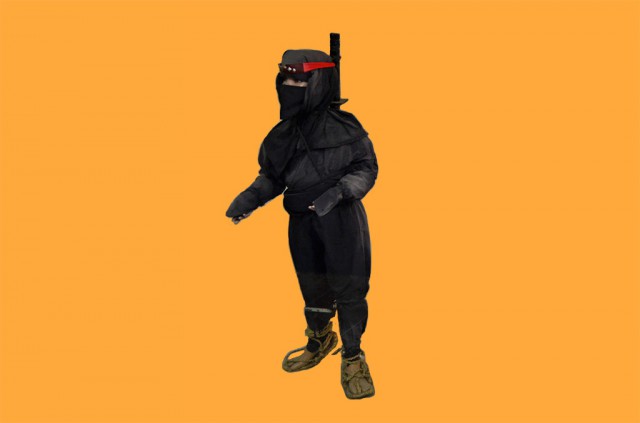 The ninja operated chiefly in the night-time and wore a set of shinobi shozoku for their ability to blend in with the night shadows. Although today’s common notion is that the ninja wore a black outfit, a black one is rather conspicuous because its outline becomes apparent on a night which it is not totally dark. In reality, the ninja wore working clothes dyed navy blue worn by farmers in the Iga and Koka areas. The most common and unsuspected costume at that time was farmer’s work clothes. If a ninja was in work clothes, he could naturally carry a sickle or other farm implements that could be used as a weapon. In addition, work clothes were light and gave the ninja freedom of movement. Other merits are that they acted as snake and insect repellent and served as filters to obtain drinking water.