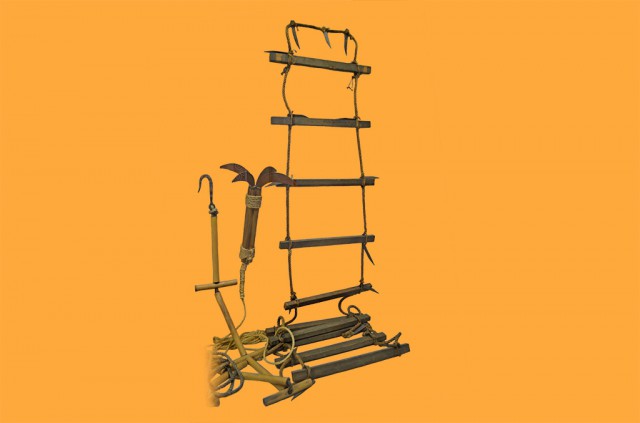 The ninja had no difficulty in climbing castle walls or stone walls which ordinary people could not climb.

The ninja used different kinds of ladders such as those made of bamboo or rope, as well as other tools resembling a pike pole, according to the climbing circumstances.

They also utilized farming implements to avoid suspicion, for example, they bound 4 sickles to use as an anchor. In other cases, the ninja fixed a metal wedge or large nail, which is more portable, in the stone wall or rock to climb by hands and feet.

Ninjas trained their fingers and toes every day, because, although they used a variety of tools, the hands and feet were most important in climbing.